Home / Physics / What is the World Map of Nuclear Power?

What is the World Map of Nuclear Power?

According to a study published by ExxonMobil in 2018, the middle class whose numbers continue to grow turbulently in the world will be in urgent need of more energy that can be relied on, which can be available at cheap prices. With increasing calls for environmental protection and a call for reduction in carbon dioxide emissions generated from traditional sources of energy such as fossil fuels, the world faces a problem of maintaining a balance between protecting the environment and increasing reliance on more adequate energy that requires huge investments and advanced technologies.

In this article we will talk about one of the sources of renewable energy, which is nuclear energy, its importance, how to generate it, and the countries that own it.

Energy provides prosperity in society and helps economic growth; therefore, people become richer, and the expansion of prosperity leads to the growth of commercial transport. As wealth increases, the number of people who need to travel will increase, meaning more fuel is needed.

The Concept of Nuclear Energy

Nuclear energy is defined as energy generated by controlling the fission or fusion reactions of atoms. This energy is used to generate nuclear electricity, by heating water to produce water vapour, which drives turbines to produce electricity.

Scientists consider nuclear energy to be a real and inexhaustible source of energy. But the high cost of building nuclear reactors raises opposition about the future of this type of energy, as well as people’s safety concerns, and the world faces difficulty in disposing the waste generated from that energy. However, this high cost may offset this over time, since nuclear fuel is relatively cheap compared to fossil fuels.

When Did Nuclear Power Begin?

The future of nuclear energy may vary from country to country depending on the domestic policies of governments. Countries such as Germany are seeking to reduce the use of nuclear energy for power generation, while many Asian countries, such as China and India, are pursuing a policy of expanding their use. Britain and the United States have a compromise policy between the two.

nuclear reactor is the heart of the nuclear power plant. It is an area with a special container that is filled with nuclear fuel and within which a controlled nuclear chain reaction occurs. Uranium-235 is fused by neutrons, which release enormous thermal energy. This heat is removed from the core of the reactor using a cooler, which is a liquid or gaseous substance that passes through the core of the reactor. Water is used as a coolant in most cases, but molten metals may be used instead of water in the case of fast neutron reactors (such as sodium in BN-600 reactors); thus the most difficult transformation (conversion of nuclear energy into thermal energy) is carried out.

The heat collected by the coolant from the core of the reactor is then used to generate steam in the steam generator. The mechanical energy of the steam produced in the steam generator is directed to the turbine, where it is converted to electrical energy and then supplied to the electrical grid and finally to consumers. Thus, the second and third transitions are implemented. The steam is then cooled and condensed water is returned to the reactor for reuse.

The physical idea of a nuclear reactor is one in all reactors. Pressurized water, which can rise to hundreds of degrees Celsius as a result of the nuclear reaction between atoms, is used before it becomes vapour, and then pressurized water is used as a source of heat to divert the existing water in another secondary circuit separate from the cooling circuit to steam. This steam is then used to power the turbine to generate electricity.

The following video demonstrates this process in a very simple way:

Countries that have nuclear power plants:

The United States: has 100 nuclear reactors.

Some of these countries have the ability to grant license for nuclear plants: Britain, the United States, France, Russia, and China.

There are other countries that offer nuclear power reactor projects and provide nuclear fuel and financing for developing countries, such as Russia and China.

Some countries in the Middle East aspire to have nuclear energy such as:

Egypt: It began construction of its first nuclear power reactor in the 1960s. It also plans to build four large Russian reactors.

UAE: The UAE’s nuclear program began in consultation with the IAEA. It has accepted an offer from South Korea to build four commercial reactors, and the first of the reactors has been completed and is expected to be launched at the end of 2019 or early 2020.

Saudi Arabia: It aspires to build two reactors in the next 20 to 25 years.

Jordan: It imports most of its energy needs and plans to build two reactors by 2025. Jordan has uranium sources, some of which are in phosphorus deposits.

Turkey: It aims to build a nuclear power plant since the 1970s and Russia is helping it build a reactor that began its construction in 2018. Japan and France are expected to build a second, while China is building another with US technology.

Iran: It has an operating nuclear power reactor, plans to build two more, and has a large uranium enrichment program.

Research Assistant at Ainshams University, interested in the new technologies in education and scientific research.
Previous Currents War and Its History
Next Can You Store Your Data in DNA 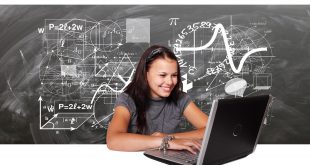 The Most Important Physics Discoveries in History (Part One) 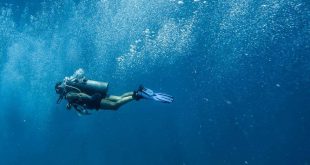 Three of the most important life applications based on Boyle’s law.

In life, nothing happens randomly or without reason. Even those events that you consider tiny …

Nuclear physics helps us better understand the universe. It is the the study of the structure …