Subatomic Particles and Their Famous Types

The world is still full of mysteries that we have not yet discovered, and scientists are still trying to understand the nature of this wondrous universe around us. From the structure of the atoms to the details of the supergalactic coordinate systems, our human mind is still incapable of understanding many of these secrets. In this article, we shed light on the enchanting aspect of our universe. It is an invisible world, yet we can observe its effect in everything around us in our daily life as it is the basic structure of the universe. It is the world of subatomic particles. We will sail together in this article to explore this world and some of its secrets: what are the subatomic particles and how can we study them and study their properties?

The atom is the smallest building stone or the smallest part of a chemical element that retains the chemical properties of that element, and thus it is considered as the basic unit of matter that controls the structure of the elements. The term “atom” comes from the Greek word Atomus, which means “indivisible.” At that time, the Greeks believed that the atom was the smallest thing in the universe and could not be divided. But now we know that atoms are made up of three types of particles: protons, neutrons, and electrons. We also know that they are made up of smaller particles such as quarks and leptons.

380,000 years after the Big Bang, the temperature was adequate to slow the movement of electrons sufficiently to allow the nuclei to pick them up to form the first atoms in our universe – hydrogen and helium atoms – then, the forces of gravity were now able to perform their magic. Because of gravity, the withdrawal of gas began to intensify (nebulas), which turned into giant factories of stars. These stars began to form heavy elements, then these elements had scattered throughout the universe because of the explosion of the stars at the end of their lives (supernovas). The process of the birth of stars, the composition of elements, the explosion of stars, and spread of elements in the universe still continue to this moment.

Structure of the nucleus:

Rutherford was the first one to discover the nucleus more than 100 years ago. He defined the positive particles inside the nucleus and called them protons, and he theoretically predicted the existence of particles with no electric charge, which was confirmed by his student James Chadwick in 1932 when he discovered neutrons. The nucleus represents approximately the entire mass of the atom, where the mass of electrons is very small.

Strong nuclear power (one of the four fundamental forces in nature) allows the components of the nucleus to hold together. This allows the protons to overcome the power of electrical repulsion, so they would not alienate from each other even though they have the same charge.

Protons consist of smaller particles, the quarks, and each proton consists of 3 quarks, which are grouped together by gluons, which are also subatomic particles but are massless.

Video takes us into virtual travel to the world of atoms.

Rutherford predicted it theoretically in 1920 and the discovery was practically confirmed by his pupil Chadwick in 1932. Chadwick bombarded a thin sheet of beryllium by alpha particles, a group of particles without charge, which are neutrons.

Neutrons are uncharged particles, having a slightly larger mass than the proton. And, like protons, neutrons are also made up of quarks.

You can create a free account on the Praxilabs from here

The British physicist Thomson discovered the electron in 1887, originally known as “Corpuscles”. Electrons have a negative charge, and are electrically attracted to positively charged protons. Electrons surround the nucleus in orbits, this idea put forward by the Austrian physicist Schrodinger in the 1920s. This model is known today as a quantum model or an electron cloud model, where the internal orbits near the nucleus are spherical and the external orbits are much more complex.

Research Assistant at Ainshams University, interested in the new technologies in education and scientific research.
Previous Three of the most important life applications based on Boyle’s law.
Next Currents War and Its History 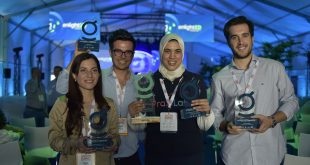